Fun was had by all on Festival Saturday. Here are just a few images which we hope capture some of the atmosphere. Many thanks to all the performers who contributed to the entertainment and to the enthusiastic audience.

There are pictures from several recent festivals on our Gallery page.

We want to make sure the maximum number of people are able to enjoy The Real People on Saturday night (18th May). With this in mind we are making the offer that each ticket for this event admits two. And so that those who have booked already are not disadvantaged, the offer applies to them too. So, bring your friends.

We have now opened booking for 2019. Please see our booking page for details of how to book.

Challenging a youth to turn down his music, Irene Sparrow, inventor of the left-handed crochet hook (patent pending, as seen on Dragon’s Den) finds herself under suspicion of murder after the train emerges from a tunnel with the young man dead. But this is no ordinary train, each passenger is reading a book, each book is a portal into a parallel universe of train related crime fiction.

With clever use of projection and multiple train sets, LipService give you a whistle stop tour that will leave you breathless and racing for the refreshment coach. So don’t blow your stack, this show is just the ticket to help you let off steam and overuse many more railway metaphors.  “A show that appeals to crime aficionados and narrow gauge railway enthusiasts alike. LipService – The Laurel and Hardy of literary deconstruction.” The Independent.

Nailsworth’s exciting writing group Tell Tales offer an evening of stories, sketches and poems on the eternally fascinating subject of romance. Enjoy original work from the town’s trending wordsmiths and be amazed at their ability to generate emotion and above all a sense of fun.

We think of our pets as brave, loyal and honest – pretty much fully fledged

members of the family, in fact. But why do we do that? And are there hidden consequences to those anthropomorphic notions? Dr John Bradshaw is a world expert in animal behaviour – with a particular interest in domestic cats and dogs – as well as a best-selling author. He’ll be discussing the science behind human-animal interaction, including the origins of our relationship with our pets, our loyal friends for the past 50,000-or-so years.

An eclectic mix of comedy sketches brought to you by this talented group of 11-15 year olds.

Infectious, enthusiastic humour and a love of laughter in abundance! They invite you on a journey with them to smile, chuckle and smirk!

Sabet Choudhury is a familiar face on the region’s television screens. A current affairs presenter for the BBC, Seb specialises in investigative reporting for Inside Out West and also appears on the West’s flagship news show, Points West. What you might not know is that his own story is equally as fascinating as many of those he investigates. Seb’s parents came to the UK when he was a baby, giving up a successful life in Bangladesh to find new opportunities for their family. In 1984, they settled in Stonehouse – the only Asian family in the town. “I’ve often asked myself: Would I do what they did? Would I have the courage?” Seb says. “Probably, not.” In conversation with Katie Jarvis, Seb will be revisiting his early life, as well as talking about his career in television journalism and exploring some of the stories he’s covered within the region. He’ll also be discussing his decision – four years ago – to donate a kidney to his mum, Sakina, after she became seriously ill.

The line-up for the 2019 Nailsworth Festival has now been finalised. As ever, the Festival will kick off on Saturday with entertainment and market stalls in the town centre. There will be a wide variety of musical acts appearing in the evenings during the Festival. These include: the Real People, an indie rock band; the Elias String Quartet; country blues from Brooks Williams and opera from Opera Anywhere. There will be talks from Sabet Choudhury of BBC Points West and John Bradshaw, a world expert in animal behaviour. On the second Saturday there will be the welcome return of the Lip Service Touring Company, with a new production.

Just a short message from the Webmaster here …

Well, we are all done-and-dusted for 2018, apart from the John Furnival Exhibition which continues until mid-June. The festival committee will be meeting in a few weeks to review this year’s festival and formulate plans for next year, so, if you have any suggestions for events at future festivals, now is the time to put them forward at festival@nailsworthfestival.org.uk

We expect the 2019 festival to take place in the week leading up to the late-May bank holiday weekend.

We were pleased to see so many people at this year’s festival events, especially on sunny Festival Saturday when there was the alternative attraction of a Royal Wedding taking place. There are pictures on our Gallery page.

Sue Limb
Well known writer and broadcaster. Sue is a local resident and is the Festival Patron

We are busy putting the 2020 program together, and excited to share it with you early next year! ... See MoreSee Less

We’ve started planning for 2020!! If anyone has anything in particular they’d like to see included, let us know and we’ll see what we can do! ... See MoreSee Less 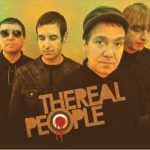 Liam Gallagher took to twitter recently to sing the praises of scouse Britpop originators The Real People. He was joined by Mikey Jonns of This Feeling, the NME and many others in enthusing about the bands perfectly crafted pop songs. Formed in 1987, The Real People were one of the first bands to play what would become known around the world as Britpop and were cited by Oasis as being a major influence. The band received critical acclaim and chart successes with singles “Window Pane”, “Truth”, “Open Up Your Mind (Let Me In)” and “Believer” and have also written for close friends Ocean Colour Scene, Rooster and BBMak.  Cher also achieved global success, selling over 6 million copies, with a cover of the band’s early song “One by One”.